If you want to see the world’s biggest and interesting animals, you should definitely visit Iceland.

Iceland is famous for its extreme nature and natural beauty. These incredible features are not only found on land, far from it. The waters around our beautiful island are full of wonders. There you can find amazing sea creatures and other wildlife like nowhere else in the world.

Iceland is the home of the gentle giants of the oceans. Here you have the opportunity to see a number of various species of whales in their natural habitat. Whales are fascinating creatures for many reasons. The most obvious attraction is their size. Some of the whales found off the coast of Iceland are absolutely massive. They are also highly intelligent and every different species has its unique features. 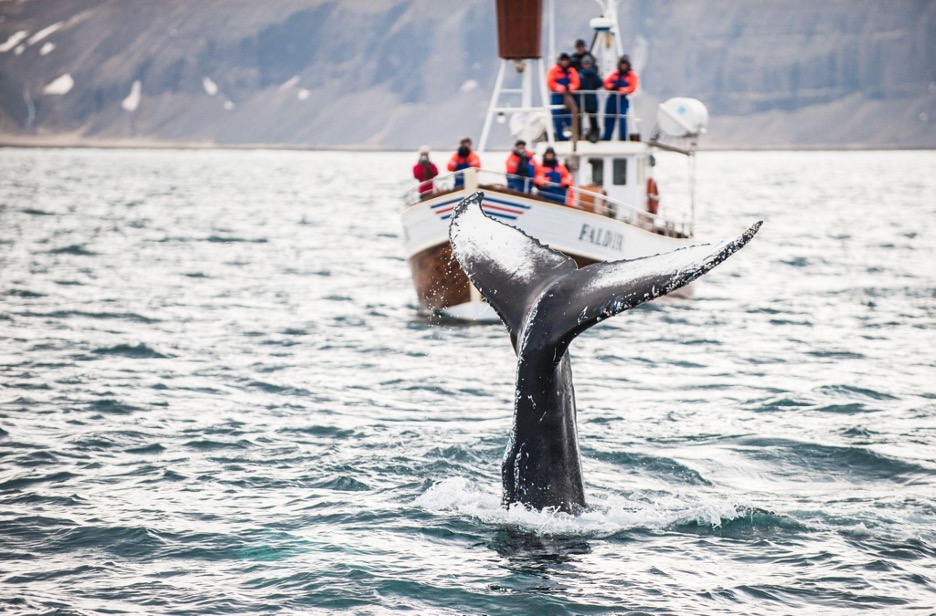 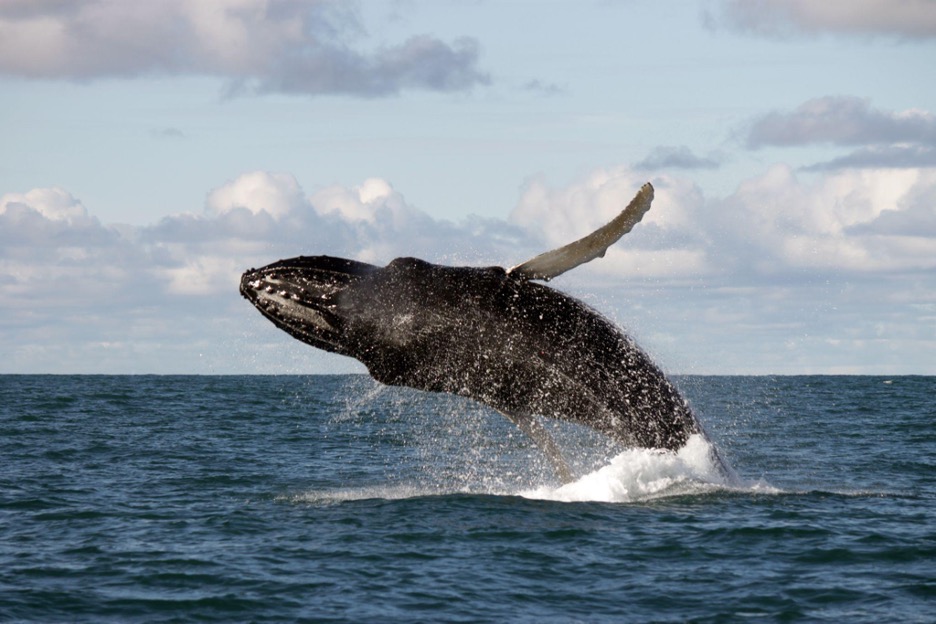 Why is whale watching so good in Iceland?

Iceland's unique location, sitting between Europe and North America where cold and warm ocean currents run through the Atlantic Ocean, makes the waters around Iceland ideal for whales to live in.

In fact, you usually do not need to go far from the shore to see them. They can often be found close to the coastline. Another great advantage of going to Iceland for whale watching is timing.

There is not really a whale watching season in Iceland. You can see them all year around. It just depends on what you are looking for. In summer some species are more common than in winter and vice versa. It also depends on if you´re looking to see whales splash around in the midnight sun or under the northern lights. Whatever your dream whale watching scenario is, you can find it in Iceland.

Where can I see whales in Iceland?

Whales can be found almost anywhere around Iceland. There are, however, a few hot spots, known to be great for whale watching.

Faxaflói is a bay in the west of Iceland. The bay covers most of the western coastline, stretching from Reykjanes Peninsula in the south and all the way to the northern coast of Snæfellsnes Peninsula. There is even a fjord in the bay named Hvalfjörður, meaning the Whale-fjord.

The city of Reykjavik sits by Faxaflói bay and from Reykjavik harbor are many operators offering tours to go whale watching. You should have no problem finding a whale watching tour in Reykjavik.

Located in the northeast of Iceland, Skjálfandi bay has long been known as a whale hot spot. The town of Húsavík, sometimes called the whale watching capital of Iceland sits by the bay. There you can take a boat tour on old wooden fishing boats, which have been transformed into whale watching vessels.

There you can also visit the Húsavik Whale museum. A non-profit organization dedicated to whale research and education.

Breiðafjörður bay sits between Snæfellsnes peninsula and the Westfjords in the northwest part of Iceland. Sometimes called the thousand islands bay, Breiðafjörður is known for its impressive wildlife. Its main attraction being puffins and whales. Travelers on Snæfellsnes peninsula can go whale watching by boat tours from the towns such as Ólafsvík, Grundarfjörður or Stykkishólmur on the northern side of the peninsula.

Eyjafjörður is a fjord in the north of Iceland. Whales are known to go into the fjord making it an ideal location for whale watching. Travelers can easily board tours from Akureyri or Dalvík. The chances of seeing whales are extremely high in Eyjafjörður, reaching up to 98% in spring and summer.

What kind of whales can I see?

Other whales found in the waters around Iceland are Orcas, also known as killer whales, fin whales, blue whales, and sperm whales.

When is the best time to see whales in Iceland?

Whales stay all year around Iceland, so it is possible to see them at any time of the year. However, due to weather conditions going on boat tours in winter can be difficult or sometimes impossible. Spotting whales is also harder in bad weather.

With that being said, the success rate for seeing whales in winter is still about 90%. In spring and summer, it goes higher, reaching over 96% success rate from April to October. It is therefore up to you if you want to see whales under the northern lights or swimming in the midnight sun.

Are boat trips necessary for seeing whales in Iceland?

No, not at all. Although boat tours are the best options, you can see whales from the coast. That is if you are extremely lucky, and they get close enough. This is rather rare, but whales do sometimes enter fjords around Iceland, and they have even entered harbors.

For those who don't fancy going to sea there are other options available to see whales in Iceland. Although in that case the whales will not be in their natural habitats.

Whales of Iceland in Reykjavik is the world's biggest whale exhibition. There you can see over twenty life sized models of whales found around Iceland. Including a 25m (82ft.) model of a blue whale, the world's biggest animal. An incredible museum in walking distance from downtown Reykjavik. 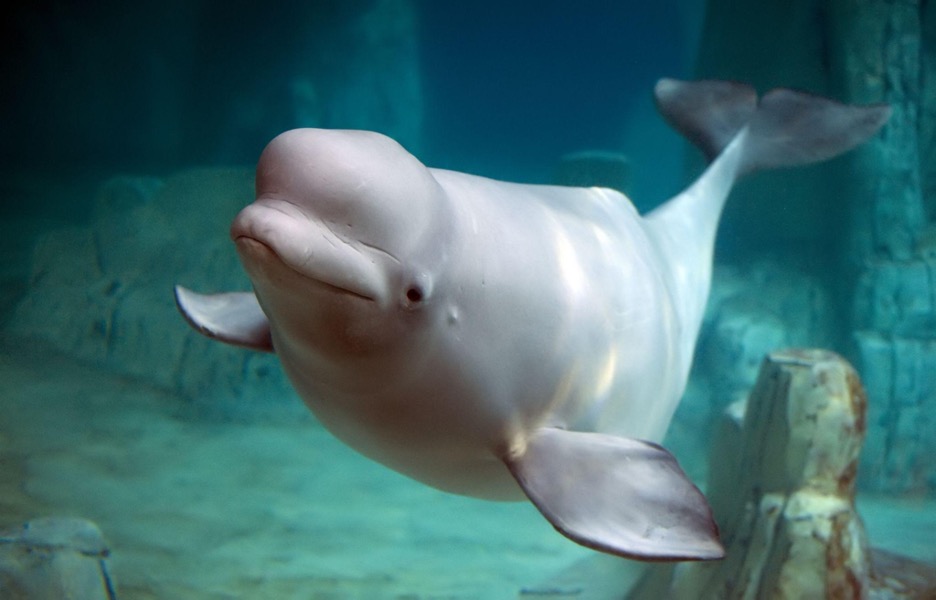 In the Vestmannaeyjar islands you can visit the Beluga Whale Sanctuary. Home to two beluga whales called Little White and Little Gray, which live in Klettsvik bay. The visitor center is open from April to October and from there visitors can take a boat tour to see the beluga whales and a puffin colony close to the bay.

So, for all travelers out there looking for exciting outdoor activities in Iceland, we highly recommend whale watching. Whether you are a whale enthusiast or not, it will be an experience of a lifetime.